The Olympics are over and those of us who watched are still coming down from a mixture of nerve-wracking high energy and emotions from watching and rooting for athletes from around the world that inspired us all.

Danny Boyle’s opening ceremony was deserving of its name, Isles of Wonder, and it was inspiring. I’m not the only one who thinks he deserves a knighthood. Outside of sports, it was a definite highlight – with James Bond and the Queen being a particular favourite for many. (I wish I could find a video to link, but no such luck. They’ve been taken down.) The closing ceremony didn’t exactly live up to the anticipation leading up to it, I think, but there were its highlights for everyone. For me, it was Russell Brand singing a cover of “I Am the Walrus” and Eric Idle’s performance of “Always Look on the Bright Side of Life”. Footage of Freddie Mercury on a video screen was unexpected and masterfully done as he roused an audience of 80,000 (and more from the world over) in a call-and-response before Brian May broke into his guitar solo.

Celebrating British and Olympic spirit, the idea for this ice cream was inspired within the first few days of the Olympics but it wasn’t until after it was done that I made it. Inspired by Eton mess, a classic British dessert named after the boys’ prestigious school where it was created, this ice cream has strawberries cooked into a jam and swirled into a custard base with meringue cookies (made from scratch and sweetened with honey) crumbled into it.

END_OF_DOCUMENT_TOKEN_TO_BE_REPLACED 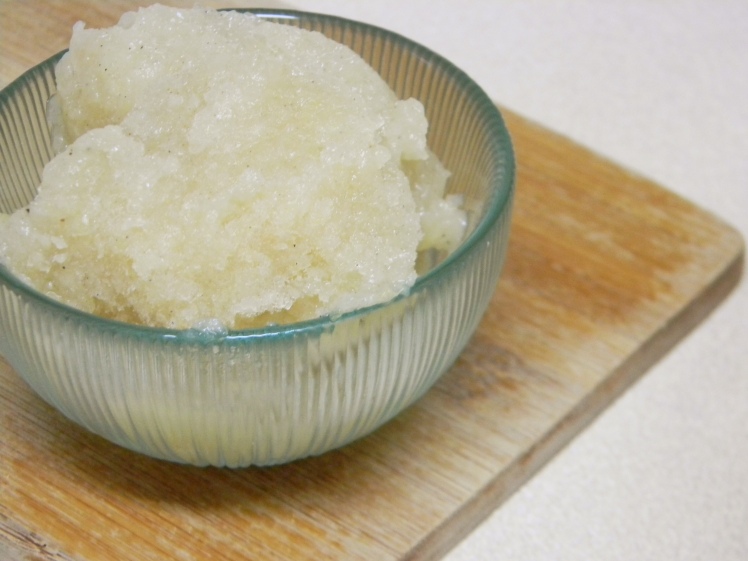 On Monday I published prototype recipe (nothing else, not even a picture) for a pear sorbet. At the end of the week, I’m bringing to you now the proper recipe. This pear sorbet has the flavours of cardamom and vanilla – and goes really well with white chocolate (more on that later).

To give a brief recap of what happened, my finger accidentally slipped across the publish button when I was using the WordPress iOS app. I often use my iPad as a computer and use the WordPress app to compose posts and revise them until they’re ready for publishing, including formatting code. I even upload images to insert in posts with the app after I’ve edited them with Snapseed and saved to my camera roll. (I will also use the WP app on my iPod touch, but generally for when I’m more on the go.) I also approve and respond to comments with the app. Basically, most of my blogging is done on mobile. I think it will be even more so now since WordPress rolled out the newest app update that basically includes everything.

I decided to poach the pears after reading a recipe for a poached pear sorbet in Jeni’s Splendid Ice Creams at Home by Jeni Britton Bauer. Originally I was just going to blend all the ingredients together, but poaching allows the pears to become infused with the cardamom and other ingredients. The pear juice made from poaching is also equally tasty. The recipe for this pear sorbet that I’m sharing now has been developed slightly further than the one accidentally leaked earlier this week.

END_OF_DOCUMENT_TOKEN_TO_BE_REPLACED 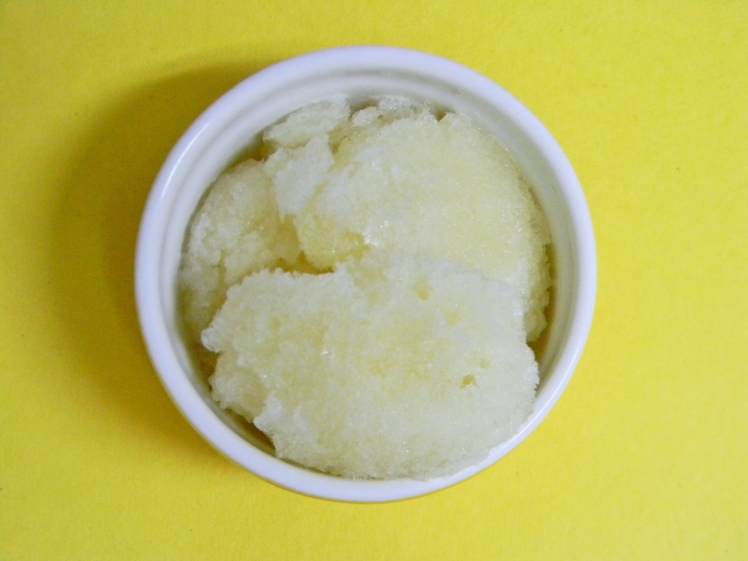 Not quite a sorbet, not quite ice cream…this lemon ice is somewhere in-between. Since I saw it in the July/August issue of Everyday Food, I wanted to try and make it. This will make the second frozen treat in a row since I last posted and I hope that’s okay, although with the heat we’ve all been having I’m sure no one is complaining.

The original recipe uses sugar and raw egg whites. As usual, I substituted the sugar with honey and instead of using pasteurized egg whites (as it was suggested) I made a syrup with the honey and water as if making meringue, the heat from the syrup effectively cooking the egg whites. When I first made it, I wasn’t sure if it would work since I couldn’t seem to fold the egg whites into the lemon juice; they made two layers. I hoped for the best and thankfully it did work out.

The result? A lovely frozen dessert that has a bright, full lemon flavour and is made light by the inclusion of the beaten egg whites. My family, who all tried it, loved it and needless to say, it didn’t last long.