An oven thermometer is the best thing to improve your baking success rate. Unless it’s the omission of some key ingredient or missed step, usually – in fact, very often – do our baking flops (and successes) depend on the correct temperature. The problem is, not all ovens are made alike – think of the oft-said snowflake metaphor – thus one temperature on your oven might not be the same as your neighbor’s, being off by as much as fifty degrees, and so on. Not to mention keying in factors of different altitudes, weather…it just gets more complicated the more you think about it.

Myself, I didn’t think much of off-kilter oven temperatures and oven thermometers until I read this from Karina Allrich, aka the Gluten-Free Goddess. Beforehand, the farthest I got to thinking about varying temperatures were the differences between gas and electric, and high altitude cooking. After finding out more about oven thermometers, and finding out that newer models of ovens tend to have off-temperatures, I was convinced to get one. Now that I have an oven thermometer in my posession, though, (thanks, Grandma!)  I’m amazed. Sometimes the temperature showing on the display is not what the oven thermometer shows. For example, these coffee bars were to be baked at 350 degrees, and according to the thermometer, the oven was off by ten degrees. 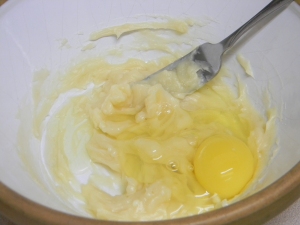 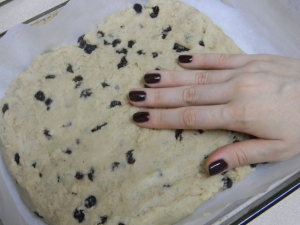 This recipe for these coffee bars come from the Cook IT Allergy Free app (available for the iPhone, iPod Touch, and iPad), developed by Kim of Cook It Allergy Free. I’ve talked about this app before – I have contributed recipes that I’ve previously featured to the app – and now I’m excited to share one of the recipes from this wonderful allergy cooking app here. I had all the ingredients on hand for the cinnamon coffee bars, though that’s not the reason why I chose to make them. I’ve wanted to do something with coffee for a while now, and this was the ticket. As they finished baking, all I could think was that I’d walked into Starbucks.