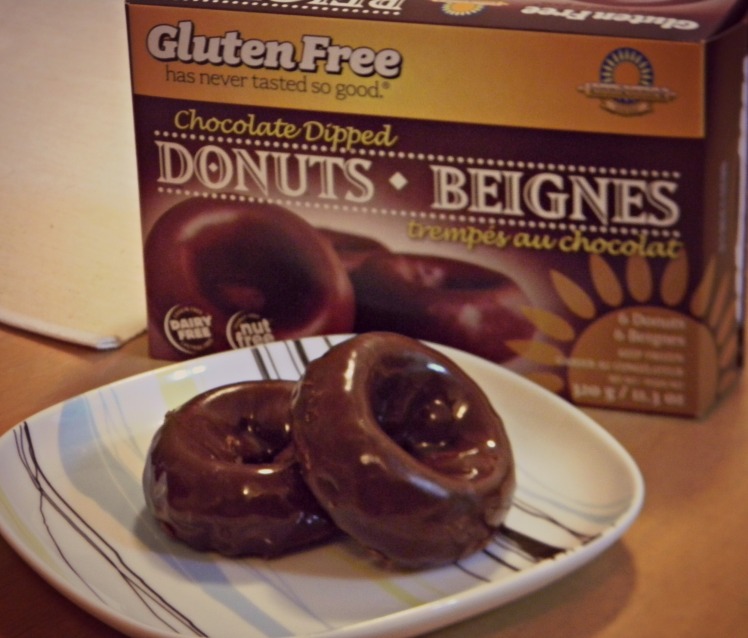 Back in April my family tried Kinnikinnick’s gluten-free chocolate dipped donuts for the first time and we were immediately hooked! It was around this time that I took these photos  as well.

They’re in the freezer section at our local Whole Foods and they’re so good that, well, sometimes we don’t even wait for them to thaw. Although a little firmer and chewier, the donuts are just as good frozen. They’re flavourful and you won’t miss the wheat! The donuts are cake-like, though they do have yeast (I don’t know if they’re fried or baked, I know that that’s an important distinction for some). There’s six to a package, so for us that means we either get one each or two if we buy two packages. 😉 (Usually when they’re on sale!)

This is what my brother says:

they have a delicious chocolate coating and tastes like wheat inside. It is the first time that I had donuts and I really enjoyed it.

There are also cinnamon glazed/sugar donuts, but we’ve only tried the chocolate dipped ones so far. We’re always recommending them to friends and family because they’re so good! 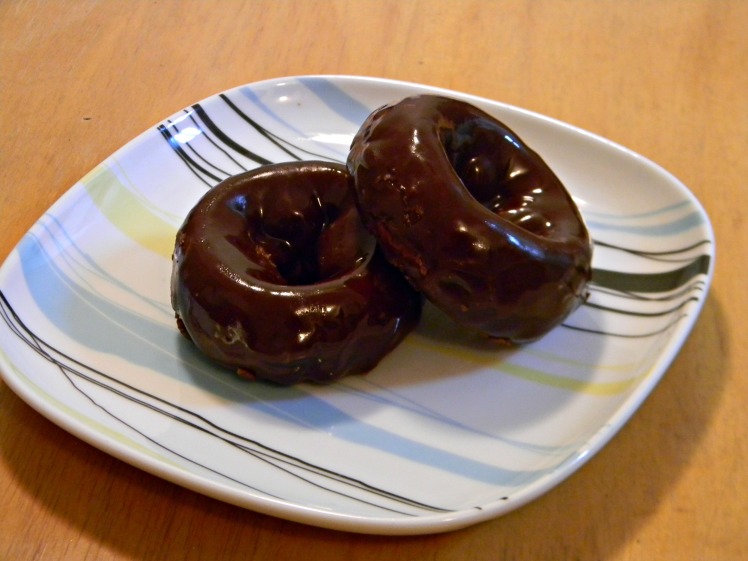