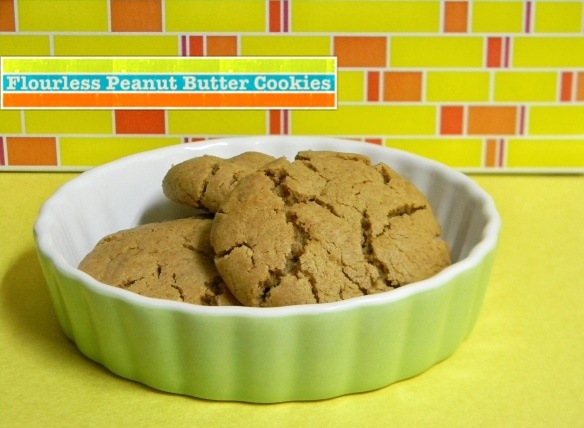 I wasn’t sure about posting flourless peanut butter cookies. There are countless other sources online and in print and one can only do so much with a basic recipe. My decision to post the cookies anyway, though, came about when my brother had his first ever peanut butter cookie. In fact, the first time he’d ever had something with peanut.

I’ve mentioned before about my brother’s peanut tolerance here, when I posted these flourless almond butter or peanut butter chocolate chip cookies. When my family was SCD for a year, he never ate peanuts in any form since they can be hard on the digestion and at that moment in time we wanted to help him clean up his gastrointestinal system without distressing. Peanuts can also cause problems for some children who have autism. As those of us with dietary issues know, or have loved ones that do, though, this is not across the board since every child is different. (Peanuts are considered safe in general on the SCD.)

I’d made a batch of flourless peanut butter cookies and set them on the table. I didn’t have almond butter or another nut butter to make cookies for him. Although we’re no longer strictly SCD, he has refused to try whenever we offered him something with peanut, as he has been very specific with what he allows himself to eat.

He asked if they were peanut butter, and I said that yes, they were. Then, as my Mum took one, he asked if it was okay for him to try one.  When she said yes, he took a cookie from the plate and had the smallest bite. It could have been a nibble. After this, he took another small bite and told us that he liked it and he finished it. 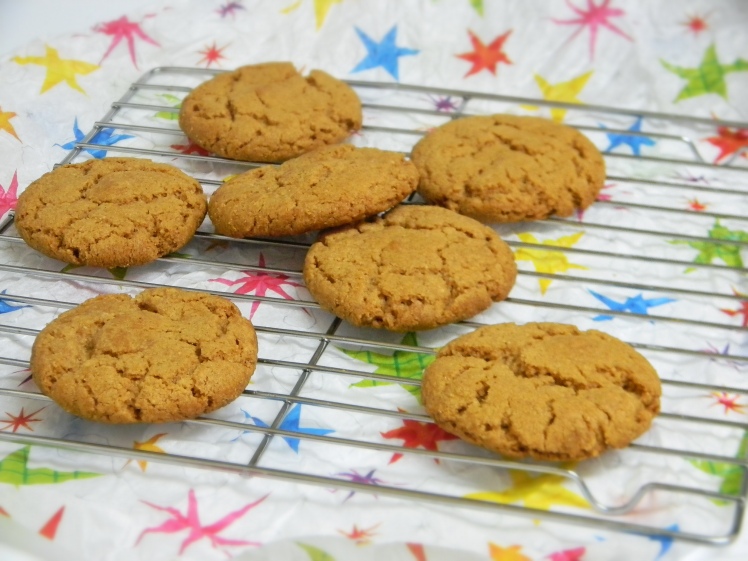 We monitored closely how he did and checked on him about how he felt (fine). What I missed was that he ate four cookies total! He said he’d only be having one, followed by cucumber “to balance it out”. I only ended up having one, out of that whole batch I made.

Like previous things he’s tried and has gradually introduced into his diet again or has on occasion, he’s taking it slowly and easily while we pay attention to how he’s doing. So far, he seems to be doing great!

Makes 2 dozen (you may have a few extra)

I’ll be honest – I have been sometimes using sugar in my baking, so this recipe reflects that but you can just as easily use honey (1/4 cup) instead to make it SCD. I do use less sugar, though, in these cookies than the amounts I’ve usually seen for the same cookies elsewhere. If using honey, the cookies may not get craggy as the ones in the photos (which were made with sugar) though they’re still just as good, if not better.

Mix all the ingredients together in a medium or large bowl until completely mixed. You should have a firm, pliable dough.

Moisten your hands with some water and roll the dough into balls (about 1/2 tablespoon, eyeballed) between the palms of your hands. Place the cookie dough balls on the prepared cookie sheet, spacing 1 1/2 to 2 inches apart. Bake for 12 to 15 minutes.

Remove cookies from oven and cool on the pan for about 5 minutes, allowing the cookies to firm up. If you take them off the pan too soon while they’re soft, they will break and crumble.

Repeat with the remaining dough, until it is all up, or use two cookie sheets instead.