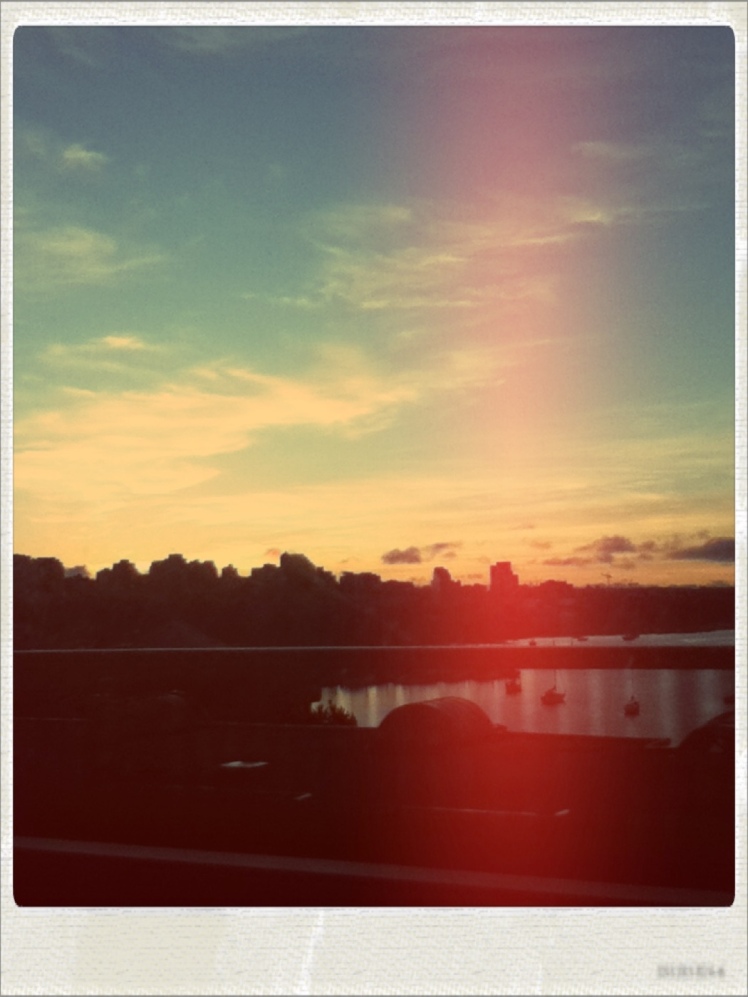 It’s New Year’s Eve and I thought before we fondly say adieu to 2011, now would be a good time to write a retrospective of this year; mostly my thoughts on it. It would also make up for my lack of an anniversary post – I was away and not really able to blog. (Hopefully I’ll be home in 2012 when this blog of mine turns three.)

First, I want to thank you all – my family and friends, readers, blogging friends I’ve made along the way, as well as all my followers on Twitter and fans on Facebook, for making all that happened this year possible. Thank you for providing the motivation to continue writing this blog and inspiring me. While in my head I think I could have continued blogging if no one was reading this blog, I know really part of the reason why I continue to blog is because of you who are reading it and leaving comments when I post something new.

Every time now when I’ve finished a post and I click the publish button, I see that post landing in all the inboxes of people who follow Z’s Cup of Tea by email, appearing in their Twitter and Facebook feeds. Then I get embarrassed when I notice a typo afterward or my Mum does.

Sometimes, over the course of authoring this blog, I’ve had my moments of self doubt and feel like I’m a fraud. I would feel like a fraud because while I create and blog gluten-free recipes (and often dairy-free and sugar-free ones as well), I can eat wheat and gluten, I can eat dairy, and I sometimes eat sugary things because I can. I don’t talk about this a lot, although it does occasionally come up when it requires explanation and context or I am asked. (I also answered this question on the FAQ page.) I realize I’m not like many of the gluten-free (and other allergen-friendly) bloggers who have to eat gluten-free and conform their diets to their other allergies or sensitivities, if they have any. If they accidentally eat it, they get sick. They get glutened. Meanwhile, I can basically eat whatever I want and for this I sometimes feel guilty.

I know better and I’ve been told so, although sometimes I still need a reminder or a good, swift kick in the pants about it. I was recently reminded from a comment on my Cranberry White Chocolate Chunk Cookies and from Shirley of Gluten-Free Easily: how often people with food allergies and sensitivities are appreciative of those who make recipes that fit their dietary needs, regardless of whether or not they might actually be able to eat those things that are off-limits to their loved ones.

So, instead of making myself feel guilty and like I’m a fraud, I am learning to fully embrace my flexibility of what I can eat. It means that I then have the opportunity to create a version of something that is safe for my brother (my primary motivation for cooking and baking gluten-free and writing this blog) and that I’m able to share it here with you all.

This year I also plucked up the courage to make more of an effort with leaving comments, especially on blogs I’ve long admired but never commented (even before I started food blogging). My personal highlight was commenting on Dianne Jacob’s blog, Will Write for Food, specifically on her post about comparing, an issue I often dealt with in my early, early days of food blogging and still do now and then:

Thank you for this post, Dianne. (I always read your blog and value the lessons you share here, but I don’t usually comment.) I also often compare myself to others in blogging and offline, or “in real life”. I started blogging because I wanted to do it, not for fame or fortune but I still managed to fall prey to those insecurities of “that person has more followers than me”, “that person has more comments than me” (especially perplexing when the number of comments is astronomical on a post for something incredibly simple like, say, tomato soup or something and I could have posted something similar and get less than half the number of comments), and on and on and on born out of continual comparisons of myself to others. Of course, I know I could have all these things, too, that I was comparing myself to.

But more often than not, when comparing ourselves to other people and what we think they have that we don’t, it’s based on a comparison of lack; we perceive that other person as having more while we think we have less, to all apparent appearances. It’s something that is not easily overcome but it can be. (And remember, while one is comparing himself to others – someone else is doing exactly the same comparing herself to oneself.)

For me, the easiest way to do that, and to ground myself, is to remember and remind myself why I started blogging in the first place: because I wanted to do it and now because I love doing it. When I started out, I wasn’t thinking about the number of comments I could get, blog traffic, or how many followers I had. Of course I wanted that, but that wasn’t the reason why I started blogging. All that came and fell into place later – and it’s still growing. There are still days when I may get bothered by so-and-so having more followers than me or someone else having more comments than me – actually, nowadays I wonder how so many people can leave that many comments on a given blog post and am content to be just confused by it all – but it doesn’t bother me as much as it used to or would have before. It’s all numbers. One of my favourite quotes, and I think it is fitting, is something that Remus Lupin said in the last Harry Potter movie: “It is the quality of one’s convictions that determines success, not the number of followers.”

I don’t really talk about personal things or share my inner thoughts on my blog – I could never write a blog or anything just about me – for the simple reason that I don’t think there is room for it. Although I’d come to terms and acknowledged my thoughts about comparisons and learning to be happy where I was while always striving further, in a way it was a relief to write it down and get it out, and also for others to read. I also commented on Dianne’s post about blogs to cookbooks – as much as I’d honestly love to write a cookbook, I find the prospect daunting and am currently happy and comfortable sticking to the blog right now. I’m not crossing out the possibility of writing cookbooks in my future, though. This is just where I am now.

I got a taste of an “astronomical number” of comments when I participated in Shirley’s Home for the Holidays with a total of 188 comments; the most comments I’ve received on any post so far. (A few of those comments came in after the giveaways closed, in regards to the recipe and some were my own comments in response to others.) The first day was especially crazy with checking my emails and approving comments. I started to wonder if that’s what it’s usually like for the big bloggers who regularly get hundreds of comments. I also started to understand readers’ anxiety about whether their comment was read or not, even when the blogger moderates comments. I tried to not let comments pile up so that it wouldn’t be overwhelming!

Another blogging learning curve came in the way of hosting my first giveaways this year, one a cookbook and the others as part of Home for the Holidays. Hopefully there will be more of those in the near future.

I also started to write a new blog around the beginning of this year, trend & chic, that deals mainly with my interests outside of food such as literature, fashion, music, and photography. I hope to spend more time on it and grow it next year, including posting more frequently.

I know this has been a lengthy post and though I did not originally mean to let it be that way, it just grew to be. So, if you’re still here reading this post – thank you for reading it. We’re almost done.

For favourite recipes of this year, I kept on thinking I’d mention marshmallows for personal achievement but that was actually last year. For personal achievement this year, in January I mastered making completely sugar-free meringue with using just honey. Until then, for years I’d come to truly loathe making meringue because it was never quite right. Thankfully, all those thoughts are now banished once and for all. As I fondly said in another post, meringue and I are reconciled.

I’m also especially fond of the Freddie Mercury moustache cookies that I made for Freddie’s birthday. As a massive Queen fan, it felt special to be part of the hive of activity (highlights are Google’s Freddie doodle and Queen guitarist Brian May’s heart-felt and beautifully written Google blog) that was celebrating a wonderful, inspiring man and musician.

I was pleased with my Cranberry White Chocolate Chunk Cookies, based on the Cranberry Bliss Bars from Starbucks; one of my favourite seasonal treats. It had been an idea brewing in my head for a while, so I was glad to finally make it happen. I hope to share more Starbucks-inspired treats to come in the New Year. One of them involves salted caramel. 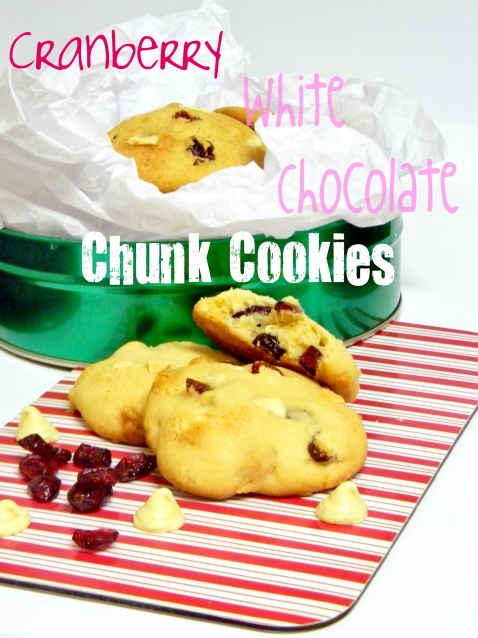 Those are just three of my favourites. I’d love to hear what your favourites were from 2011. Share them below in the comments!

Last but not least, I was also chuffed when David Lebovitz commented on my gluten-free version of his French lemon tart, or tarte au citron.

Before I wrap this up and click the publish button (and see it landing in your inboxes and Twitter and Facebook feeds; crossing fingers there are no typos), a side note about the dark background I switched to a week or two before Christmas. Although there are plenty of cookies here, I was not trying to bring you to the dark side. I just wanted you all to see the pretty virtual snowfall! I remembered later, though, and was even kindly reminded on Twitter and by email from dear blogging friends that dark backgrounds with light text is often hard on the eyes and even sometimes turns people away. (I would think that I’d remember this from learning some basic web design (HTML) in my high school IT class. Not really. I was too preoccupied with virtual snow.) My apologies!

A Happy New Year to you all, may 2012 be a wonderful and joyous year with many blessings!