I came to this French lemon tart almost a month ago, in the beginning of November. It was one of the first things I baked since coming back from Fiji, acquainting myself once again with measuring different flours and working with ingredients. The first time I made it, it was an instant hit with my brother – he wanted two pieces before even tasting it, ultimately eating most of it.

As we turn the corner to a New Year, I thought it would be good to make it again as a way to inject a little zest (pun intended) into the spirit of ringing in 2012. Using Meyer lemons instead of regular lemons, it also brings a splash of colour during the cold months of winter. (Meyer lemons are sweeter than regular lemons and are generally described as a cross between lemons and mandarin oranges or tangerines. They are typically available from early February or March into May, although they can be available even earlier depending on location.) 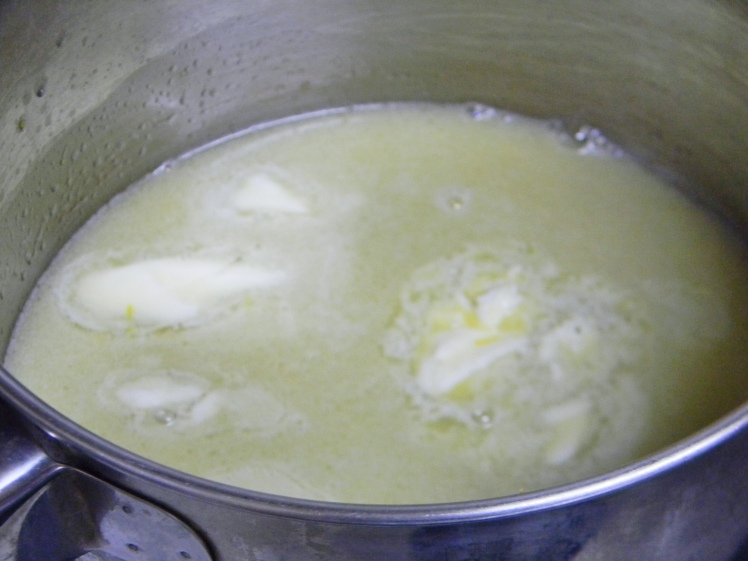 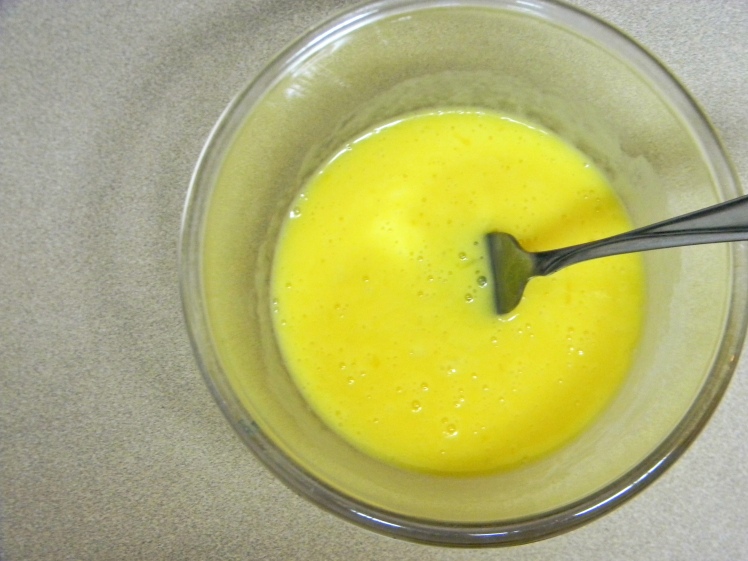 The crust for this tart was new to me. Instead of the usual pastry crust I opted to try a pastry dough David Lebovitz posted about, which is made similar in style to pate a choux. The butter, with some other ingredients, is melted in the oven. Flour is dumped in and stirred until it’s made into dough, then it is baked into a crust and filled with a lemon curd filling cooked over the stove top.

This pastry dough intrigued me and, though seemingly unorthodox (you’ll find out why if you read Mr. Lebovitz’s post), sounded easy enough. The first time round I made it, it was good but it crumbled easily and the slices of tart/pie ended up more as mush than an actual slice. I made it again, with a slight change in the flour blend (more starch), and it held better and when it was ready to serve, there were proper slices. The crust did not crumble.

If you’re using regular lemons, up the amount of honey to 1/2 cup or 1 cup of sugar. If you’re using sugar instead of honey, increase the amount of sugar to 1/3 cup (65 grams; I halved this amount in grams when I substituted the originally called for sugar with honey) if you’re using Meyer lemons. The filling is tart, so you may wish to taste and tweak it to your liking.

The finished crust is not like a standard pie crust as this pastry dough is much softer, as the butter is melted and the flour is dumped in – much in the style of pate a choux. If you refrigerate the tart for a spell after the filling’s been set in the oven, the tart holds better overall when sliced and served.

I do not have a tart pan at the moment, so I used a pie pan.

In an ovenproof bowl melt the butter, oil, water, honey, and salt in the oven for 10 to 15 minutes, or until the butter has melted and has started to brown round the edges.

Measure and sift the flours together in a medium bowl.

Carefully remove from the oven with oven mitts as the bowl will be very hot and the butter might sputter. Dump all the flours in at once and mix with a wooden spoon, until a dough forms that pulls away from the sides of the bowl.

Transfer the ball of dough into a 9-inch pie pan (or tart pan with a removable bottom). Once the dough is cool enough to handle, spread it across the bottom with the heel of your hand and press the dough up the sides of the pan with your finger. (If you’re using a pie pan, only go halfway up the sides.)

Prick the crust with the tines of a fork and bake it in the oven for 10 to 15 minutes, until golden brown. The crust may puff up a bit while baking and that’s fine. Cool the crust completely before filling.

Beat together the eggs and egg yolks in a small bowl. As soon as the butter is melted, whisk some of the warm lemon mixture into the eggs while stirring rapidly at the same time.

Lower the heat to low. Mix the tempered eggs into the saucepan with the rest of the mixture and cook over low heat, stirring constantly as it cooks. (This step is important and I cannot stress it enough. Stir it the entire time the filling cooks and pay constant attention, otherwise the eggs will not cook properly and it’ll look like scrambled eggs.) The filling is done when it has thickened and begins to bubble. It should look and feel smooth.

Pour the lemon curd filling through a fine-mesh strainer (or food cover, which I use in lieu of a proper strainer), directly into the pre-baked tart crust. Use a rubber spatula to press the filling through. Throw away any cooked egg bits.

Smooth the top of the tart and bake it for 5 minutes to set the filling. Remove from the oven and allow it to cool before slicing and serving. Once it’s cool enough, you may refrigerate it to set it further.