If you haven’t played with quinoa and chocolate before, prepare to be amazed by these chocolate quinoa crepes. The earthy, almost grassy notes of quinoa flour pair extremely well with chocolate, creating a balance between the two contrasting flavours. The quinoa seems to enhance or bring out the chocolate’s flavour, while the chocolate rounds out quinoa flour’s flavour that can be overpowering for some. (Whole grain quinoa is much milder than the flour and not nearly as pronounced.) It is a duo that I would love to play with more.

Quinoa flour is also probably the fluffiest gluten-free flour I’ve worked with yet and its texture could only be described as silky soft. When I cracked the eggs into the mixed quinoa flour and cocoa powder for the first time, a mushroom cloud of flour flew up and landed on the counter – I sneezed. 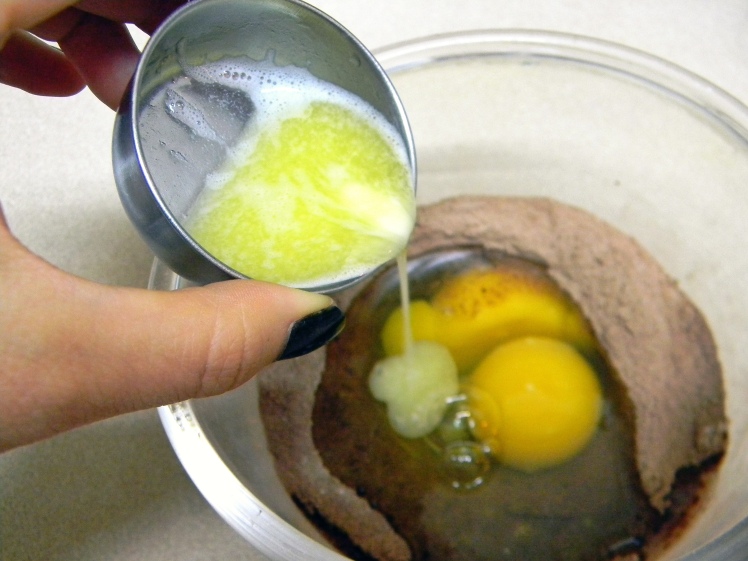 These crepes were the second thing I made with flour after I came home from Fiji. (The first was making a gluten-free version of a French lemon tart from David Lebovitz’s blog. I still need to work on the crust until I can blog anything about it, but the tart itself was greatly enjoyed.) 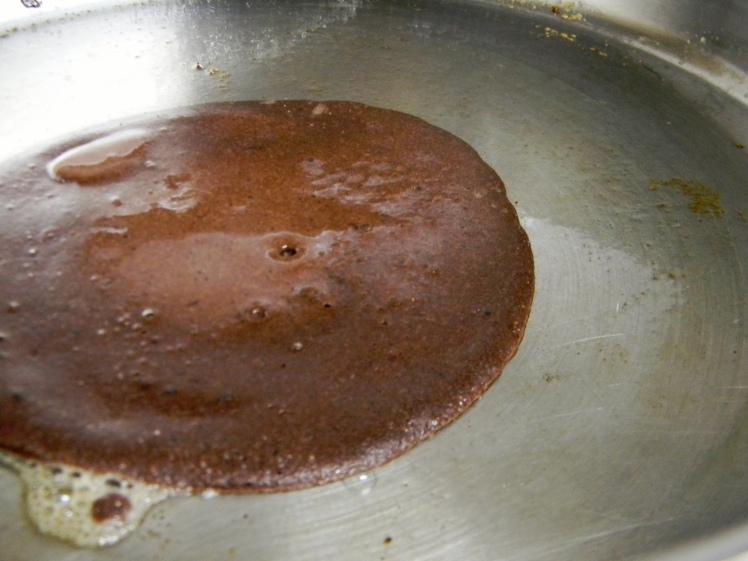 While suggested as a decadent breakfast, I also fancy that they would make a great base for a crepe cake such as a variation of this one that I guest posted with on my friend Amy’s blog Simply Sugar and Gluten-Free just a little over a year ago.

(And yes, I am rocking that black polish. OPI’s “Baby, It’s ‘Coal’ Outside”; although you can’t see it that well in the photos it has silver micro-glitter, making it a bit more dynamic.)

Edit: Thanks to all the tweets about this recipe, mostly about making it completely dairy-free and egg-free or vegan, here are my suggestions for fulfilling those agendas. Substitute the butter with coconut oil and use a flaxseed slurry, or another egg replacer of your choice, instead of the eggs. If you’re a vegan and don’t eat honey (I’m aware that honey consumption is disputed by vegans), use your favourite sweetener instead. The original recipe called for sugar. And, finally, thanks for all the Twitter love, comments, and likes! 🙂

This recipe is almost exactly the same, except that I replaced the sugar with honey and used So Delicious Coconut Milk Beverage instead of the 1% or 2% dairy milk. You may use soy milk or rice milk, or any non-dairy milk of your choice, also. (I once also successfully used the So Delicious coconut milk creamer, thinned; half creamer, half water.)

The crepes are incredibly easy to make and they’re cooked within mere minutes. As I previously mentioned, you could also use them as a base for a crepe cake such as this one.

Other serving suggestions (as seen in photo)

Whisk together the quinoa flour and cocoa powder. Gently mix in the eggs and melted butter (I melt it and pour it in while it’s still warm), until it’s similar to a thick drop cookie dough.

Mix the honey into the dough. While stirring, pour the milk in a steady stream, and gently mix until the batter is completely mixed. Make sure there aren’t any lumps. (The batter smells grassy from the quinoa flour, but that’s okay. The cocoa will come through.)

Heat a fry pan over medium heat with a little butter or lightly oiled or sprayed. Once the pan is hot, pour in about 3 tablespoons of batter and spread evenly. (If the pan you’re using is fairly large, don’t worry about covering the entire surface.) Flip the crepe once the edges are firm and there are bubbles on the surface or no longer wet looking. Cook the other side for about 1 to 2 minutes and transfer to a plate. These crepes cook fairly quickly. Repeat until all the batter has been used.

Serve crepes with servings of your choice and enjoy!