It was only yesterday that I finally (!) got a hold of The Gluten-Free  Almond Flour Cookbook from my library. I put it on hold ages ago and it only just came in. If the title sounds familiar, it’s probably because you’ve been to the author Elana Amsterdam’s blog, Elana’s Pantry. Would I recommend her cookbook? Definitely. The book is nothing short of beautiful colour photography and has ninety-nine recipes included, all made with almond flour and sweetened with agave nectar. The cookbook is also just the right size, too, for carrying around and resting on your kitchen counter for it to be by your side as you cook or bake out of it. 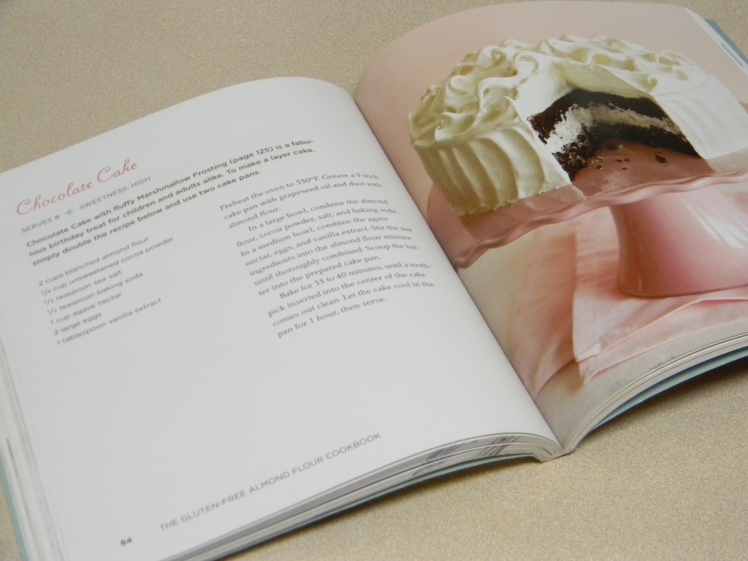 Because all her recipes are made with almond flour [edit: some recipes also use arrowroot powder], the recipes are very easy and simple – at a glance, that goes for even the more complicated ones. In my own experience with baking with almond flour, it is much simpler to use because you’re not having to deal with a mix of gluten-free grain flours as is often the case with gluten-free baking by and large. Baking with gluten-free flour mixes, which here I mean working with a variety of flours, i.e. one cup of this flour, one cup of that flour, not pre-mixed baking mixes, isn’t hard either but it can feel complicated to those new to gluten-free baking and are still learning to get their way around. Baking with almond flour alone will not give the same results as baking with wheat or other gluten flours, or even gluten-free flours, but many things often taste just as good, if not better, depending on what it is you’re making. 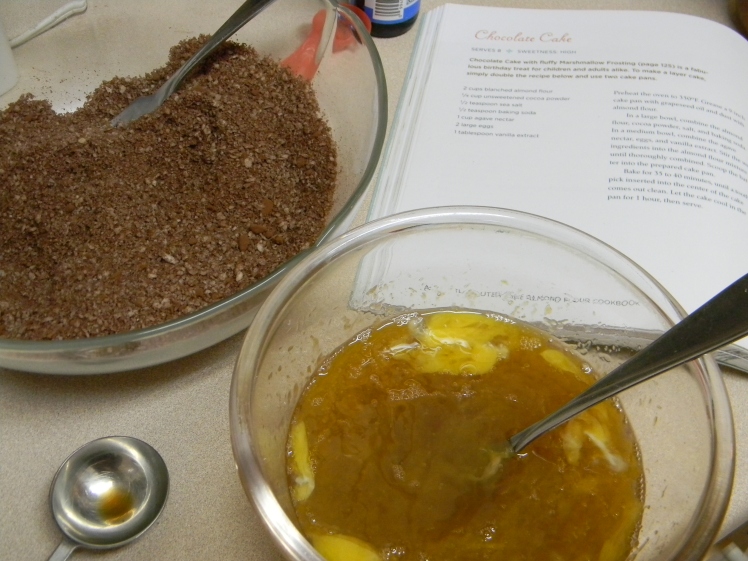 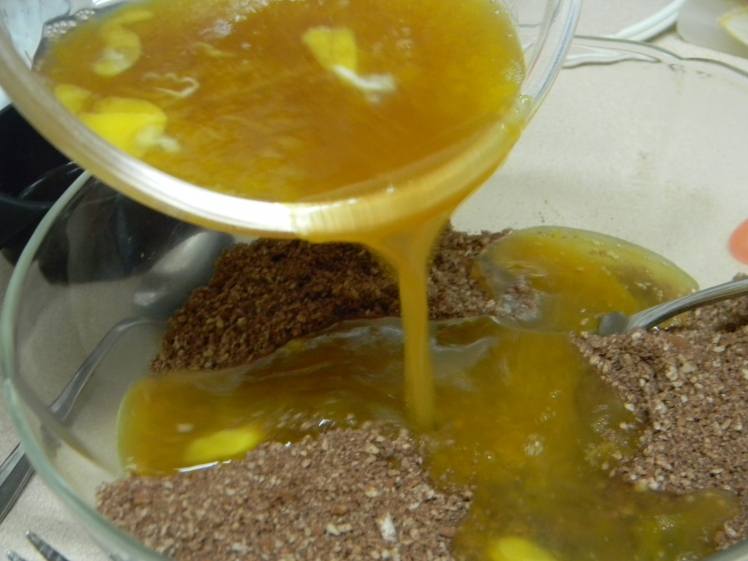 As Elana’s recipes are based on using almond flour, her recipes can be easily tweaked for the Specific Carbohydrate Diet – really, the only thing you could tweak is just substituting the agave nectar [edit: and yacon syrup, which she also uses] with honey instead. Chocolate is not one of things allowed on the SCD for what is a largely unknown reason, or at least never has been fully explained, but if you want to treat yourself, this is it. Or at least one of several. Sugar-free, dairy-free, grain-free, and, of course, gluten-free. 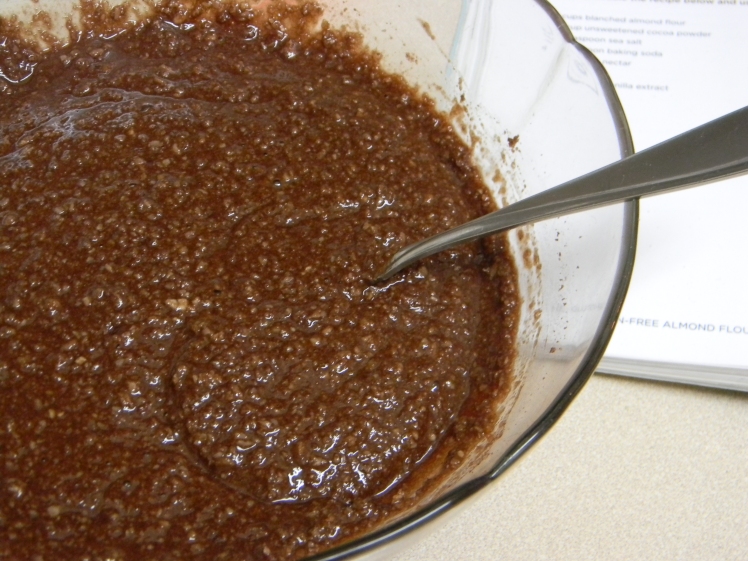 My brother perused the cookbook and picked out what he wanted, which was the chocolate cake. After a long debate about if that’s the cake he wanted to how he wanted the cake (“Do you mean you want a layer cake, like in the picture?”) to whether or not it should have icing (initially no, later yes) it went from cake to cupcakes. And after a final question, are you sure, absolutely sure, that’s what you want? he and I set out to make it. It should be mentioned that this recipe is very child-friendly; my brother practically helped with every step. The only thing he didn’t help out with as much was the icing, mainly out of that it’s a little more precise as far as beating egg whites (if you’re guessing, yes, by hand – I know) and pouring in the agave in that slow, steady stream. 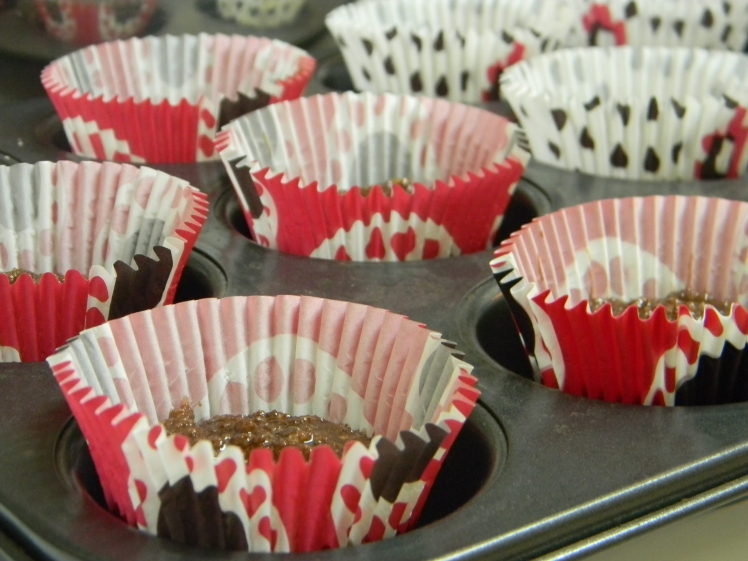 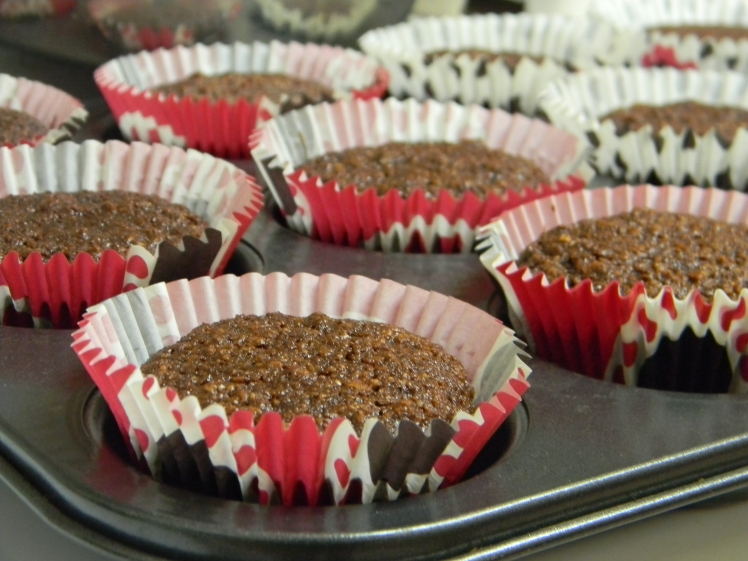 I’m calling these popover cakes because I baked them in popover liners but cupcake liners would do just as well. I was going to call them popcakes (popover plus cake) but then remembered those little cakes on a stick and didn’t want anyone to get confused. 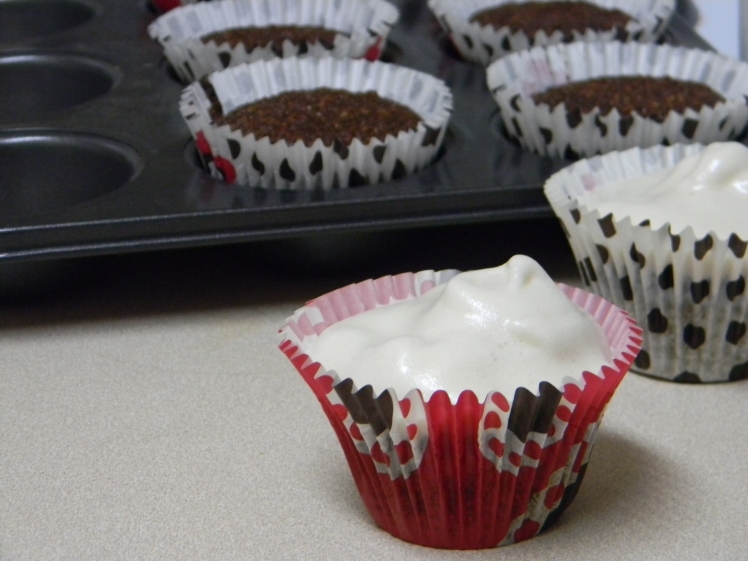 I picked up the container and scanned the label…nothing about it being Dutched. Then I peeled away that label, the kind that seem to be stuck on a lot of packages (usually if only to give nutritional information) on top of whatever information is written on it and I saw it – alkalized, or Dutched. Even more ironic is that this happens after I’ve written all about the importance of knowing your chocolate. I’ll remember to not only read the label next time, but maybe look under the label as well. 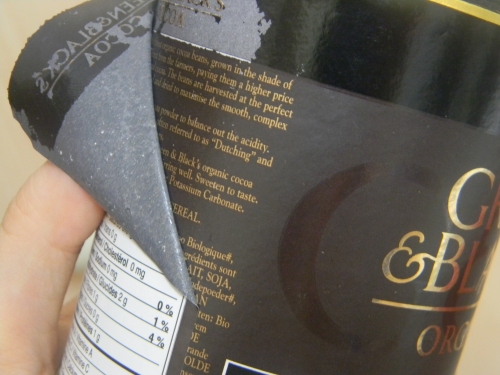 The only thing I tweaked was the amount of agave nectar, just reducing it by a quarter of a cup. If you want to make the layer cake as seen in the book, simply double the recipe.

Preheat oven to 350°F and line a standard muffin tin with paper cupcake or popover liners. (If using popover liners, you’ll notice in the photo that they are narrower than the muffin cups. You could also use a popover tin, if you have one.)

Mix the dry ingredients together in a bowl. In another bowl, mix the agave nectar, eggs, and vanilla. Pour into the dry ingredients and stir, mixing completely until it’s become batter. The baking soda in the batter is already starting to react, so take advantage of it. Don’t leave the batter sitting out or you’ll lose some of that rising power. Scooping or pouring, divide the batter among the paper liners, filling halfway full.

Bake for 27 to 30 minutes or until a cake tester or toothpick comes out clean from the centre. Cool completely before frosting. Enjoy!

In the cookbook, Elana mentions how it is based on a recipe by Elaine Gottschall. I am familiar with that recipe and have made it before, with honey. This is a very good equivalent for whipped cream, especially good on pumpkin pie. While the frosting uses egg whites, I believe the warmth from the heated agave nectar helps cook it. The only thing about this frosting is that it separates when it settles if it isn’t whipped well enough.

For an egg-free marshmallow frosting, you can make marshmallows sweetened with agave or honey, but not whipping it so long. If you go with this option, I would recommend frosting the cupcakes as soon as possible before the marshmallow completely sets and making it impossible to do anything with, other than eat it or make into s’mores.

Bring the agave nectar to a boil in a small pot. Lower to a simmer, cooking for 4 to 8 minutes or until its colour has darkened slightly. Beat egg whites with a pinch of salt and lemon juice to stiff peaks. While continuing to whisk, slowly pour in the agave nectar until completely mixed. Whip in the vanilla, continuing to whip for another 5 to 10 minutes or until it’s reached soft peaks. To help thicken it further, refrigerate or, to thicken it faster, place in the freezer for about 15 minutes. Elana recommends this only be kept in the fridge for 24 hours. Frost the cupcakes and enjoy!