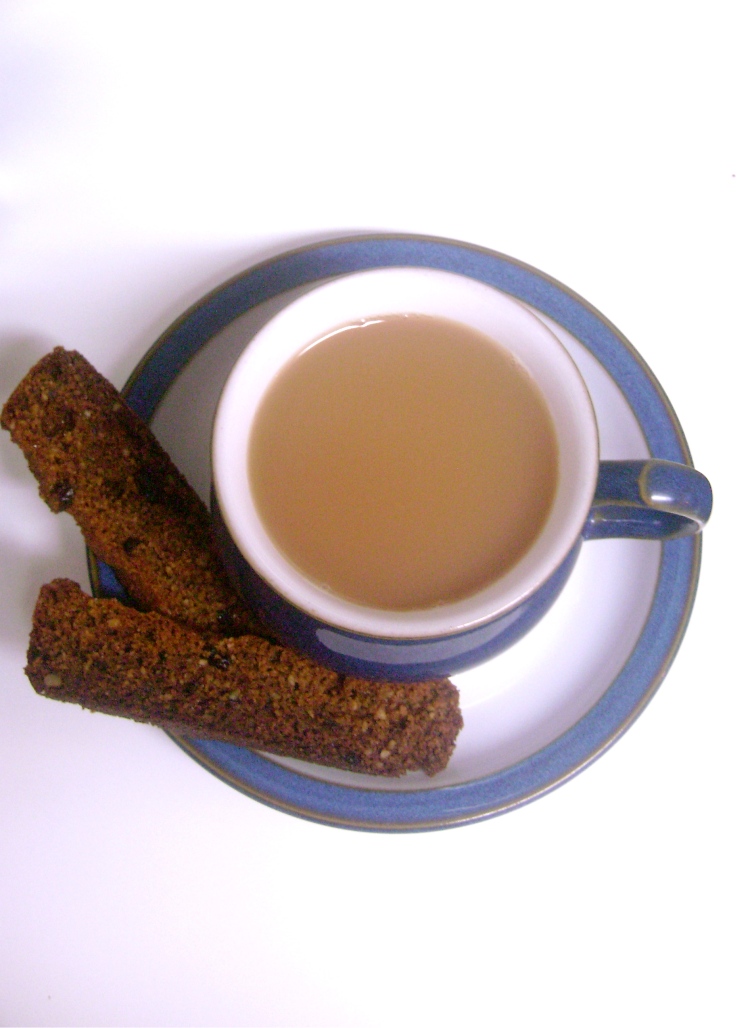 The idea for using a loaf pan came to me after making a loaf of nut butter bread, which didn’t rise much and the slices were the same width and length of biscotti. When the sliced biscotti are taken out of the oven, they may be soft but as they cool they will harden. 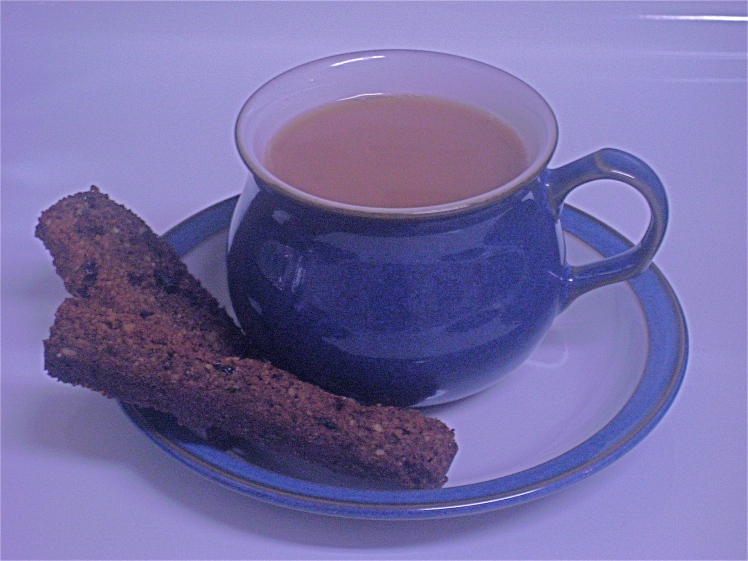